It all started when Marie France, a Physical therapist from France got her specialization in a French method called Mézières. The technique was invented by Francoise Mézières while observing human body and the movements of a snake to discover ways of bringing the spinal cord in alignment by stretching stiff muscles while adopting specific postures. The results often produced spectacular back pain relief among many other benefits. The therapy was hard work, both for the patient and the therapist, mostly working on the floor.

Viwek an engineer from Indian Institute of  Technology, Kharagpur, India, observed his wife, Marie France working hard with the Mézières technique, on the floor, through her first pregnancy. That was the 'Eureka' moment! It was then that both of them  concluded that it would be ergonomic and efficient to work on a table rather than the floor. Then both of them got to work! Approximate working dimensions of a platform, to support arms and legs of the patient for the special postures for Mézières were developed. The first table was made in wood, and the next table was made in aluminium, to make it light. A hydraulic actuator was used to raise and lower the table. This table was also designed to be pretty narrow and low so that one could straddle the table and provide massage or reflexology treatments as well.  The prototype worked well and saved Marie France  lot of energy. Then word got out and Marie France's physical therapist friends asked Viwek to make hydraulic tables for them just like the first prototype. Viwek still remembers the generosity of Marie France's friends in encouraging him to make tables for them. Viwek is to this day, indebted to them for their trust and confidence! With an intention to combine technology with style, we launched Techno Vogue Inc., in 1986!

During the period 1986 to 1990 Techno Vogue Inc imported Genin Médicale tables from France. These were multi therapy tables including Osteopathy tables that were sold to Hospitals and private clinics.

In 1991 Techno Vogue Inc., decided to manufacture Osteopathy and RPG tables in Canada to provide a cost effective and custom design solution to practitioners to its clients. To accomplish this, we developed tables while working with the teachers of the specializations and its practitioners to perfect the designs over time. All Techno Vogue designs originate with its customers, physiotherapists, osteopaths, rehabilitation  department heads from various hospitals and massage therapists.

When the RPG technique started in Quebec, Techno Vogue Inc., pioneered  with Monsieur Souchard to manufactured the first RPG table per his design. Very shortly after we produced an electric version of the table called Opus VII RPG Electric, which became a standard in the Industry. Soon thereafter  hybrid tables combining RPG and Osteopathic techniques were developed and commercialized in the early nineties. 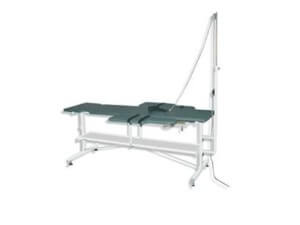 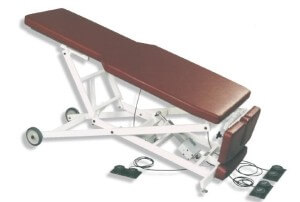 Our commitment is to set the industry standard by providing the highest quality products, the best service and the most value-added to our customers. Our designs are simple, uncomplicated to use, easy to transport, robust and save space.

We welcome you to our site!